Stop me if you’ve heard this one: A guy opens a Las Vegas bar on a shoestring budget at the start of the Great Recession. Seven years later, he returns from the Academy Awards of bartending having been bestowed one of the greatest honors in the beverage industry. Of course, a lot happened at Herbs & Rye (3713 W. Sahara Ave., 702-982-8036, HerbsAndRye.com)between those two milestones. There were epic menu changes, multiple renovations, philosophical culture shifts, staff turnover and personal challenges. Progress came with a price, but not without a payoff, which came on July 23 when Herbs & Rye was named the Best American High-Volume Cocktail Bar at Tales of the Cocktail, America’s preeminent gathering of the spirits and bar industry.

“To be the first [Las Vegas bar] to ever make it to the Top 4 was enough for us. To actually win—it was surreal,” Herbs & Rye owner Nectaly Mendoza says. “I truly feel that it’s always been within our reach, we just had a tougher path than a lot of the other major cities. I always knew it was obtainable, I just didn’t know when or how we were going to get there, and now we’re here.”

“There are so many other things you can do [in Las Vegas] besides have cocktails. But, obviously, we’ve changed that now.” – Nectaly Mendoza, Herbs & Rye owner 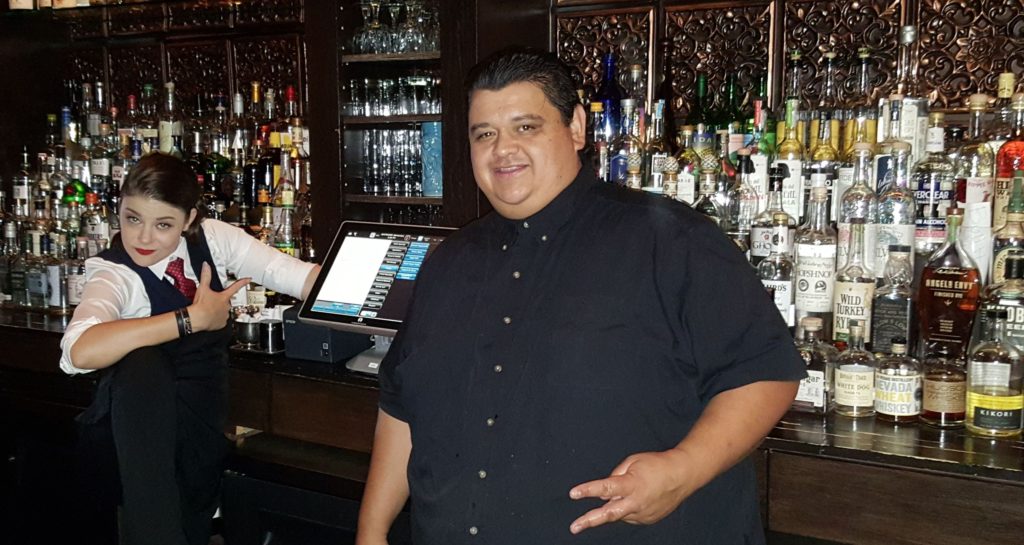 In a sense, Mendoza just walked on Mars. In winning this Spirited Award, Herbs & Rye has put Las Vegas on a map that previously bore only such boozy hubs as New York, San Francisco and London, and paid little mind to what, if anything, was going on out here in the desert. And what’s been going on is that Herbs & Rye has hit its stride, consistently cranking out historically accurate classic cocktails (as many as 1,300 in a shift) alongside house-butchered steaks, and crisscrossing the world for popups and charitable efforts.

“New York, San Francisco, L.A.—they’re known for having a great cocktail scene. We are not. We’re known for having amazing megaclubs, amazing casinos, amazing everything but cocktail bars,” Mendoza says. “The same people who go to cocktail bars in your city are the same ones who come to our city, go to the club and order a vodka Red Bull. It’s kind of a double-edged sword: There are so many other things you can do [in Las Vegas] besides have cocktails. But, obviously, we’ve changed that now.”

Change came slowly to Red Bull Town, however. In 2012, Vesper in the Cosmopolitan was the first Las Vegas bar to be long-listed by Tales’ judging panel, but that year and the two that followed, when the Top 10 nominees were narrowed to four finalists, the lights always dimmed on Sin City’s hopes for recognition.

In 2015, Herbs & Rye joined Vesper as a nominee in two categories, but … well, you know. Still, that year, Bound Bar in The Cromwell was the first brick-and-mortar venue to showcase itself at the awards pre-party, surrounded by brands. This year, Bound—a 2016 award nominee along with Vesper, Herbs & Rye and Southern Wine & Spirits educator Francesco Lafranconi—returned, and was joined by staff from the Parlor Lounge in The Mirage. Las Vegas attendance was as high as the tension in the moments before Tales of the Cocktail founders Ann and Paul Tuennerman kicked off the show hosted by The 86 Co.’s Simon Ford and actress Aisha Tyler. Scattered around New Orleans, still more Las Vegans were glued to a
WhatsApp stream for the latest, and back at Herbs & Rye, the awards were being live-streamed.

The next moments were a blur as the four finalists were read, but Herbs & Rye was the only name called when it counted most. Bar manager Adam O’Donnell was the first to reach the podium, then barman Joe Pereira, followed by Mendoza. The Las Vegas contingent wouldn’t sit down then or for much of the rest of the night: In an unexpected twist, Herbs & Rye also made the short list for the eight best bars in the world (spoiler: London’s The Connaught Bar took it), an unannounced honor that still has Mendoza reeling, perhaps even more than the award he did get. “For us to be Top 8 in the world is absolutely mind-boggling to me. I still haven’t processed it,” he says.

This might look like the happy end to a sweet story, but really, it’s just the beginning for the entire Herbs & Rye team and for every Las Vegas bar that hopes to follow in their footsteps. “I was told that winning Best High-Volume Bar—or winning any [Spirited] Award as a Las Vegas cocktail bar—was impossible,” Mendoza says. “Why this can’t be possible? We do it in every other thing here in Vegas. Everything is possible. So this is just a new journey and a new chapter in this book that we’ve written, and we’ll go from there.”